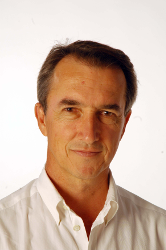 He also served as the President of First Regional Health Care and Welfare System of Attica (2003-2004), Chair of the Governance Board of the International Network of Health Promoting Hospitals and Health Services and as National Representative of the Health Committee, OECD Health Data National Correspondents and Health Accounts Experts (2008-2010). From 1987 to 2010 he was President of the Hellenic Society for Health Promotion and Education, Director of the Institute of Social and Preventive Medicine (1989-2010) and Publisher of the journal «New Health» (1989-2010). He was also President of the National Organisation for Medicines (EOF) (2010 - 2013) and member of the Central Health Council (KESY) (2010 - 2013).

He is the author of 10 books and of more than 200 publications in scientific journals.